The high fashion designer Jamal Taslaq was born in 1970 in Nablus where the osmosis and the cohabitation of cultures and religions are part of the local tradition. At the age of just 10 years he discovers the world of high fashion visiting an atelier close to his childhood home together with his mother, where he is enraptured by the magic of creation while observing simple tissues become wedding dresses and regalia which give grace to the female body. To fascinate him are the working and the precious hand made embroidery which refine and embellish the fabrics following the body lines harmoniously and making it more graceful and female. At the age of just 19 he decides to follow his passion and chooses Italy recognizing it as the cradle of high fashion and home of an ancient culture based on the beauty and the enables craft. For 10 years he studies and gains experience by personally learning the techniques of haute couture and by absorbing the style and the Renaissance and Baroque culture of Florence and Rome. In July 1999 he opens his personal atelier in Via Veneto in the heart of Fellini Dolce Vita, while in 2000 he starts his adventure in the world of high fashion on the catwalks of AltaRoma together with the most acclaimed designers of the moment like Raffaella Curiel, Fausto Sarli, Elie Saab, Furstenberg, Renato Balestra and Zuhair Murad. 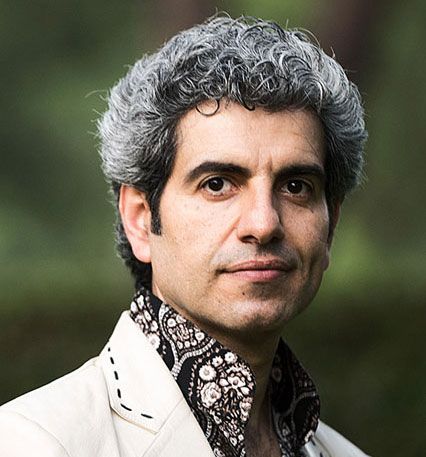 His creations meet the refined taste of the sophisticated women from all over the world,  from thrilling Hollywood stars, to Queen Ranya of Jordan. This, thanks to the originality and uniqueness of his creations, and the  fusion of the two cultures in an extraordinary and unique style.  Among the preciousness of the oriental embroideries and the Italian  tailoring techniques. Taslaq's style is able to harmonize the atmosphere, the  colors and the emotions of his land of origin, with the modernity, the  elegance and the sophisticated taste of the Made in Italy.  Jamal Taslaq’s wedding dresses as well as all of his creations are  uncommon thanks to his seductive originality. The elegance of his evening dresses exalted the femininity with sinuous lines embellish by embroideries. Lace and leather inlays entirely handmade and base on original designs. From the choice of the fabrics, to the materials that embellish the fabrics, to the entire process of the dresses is exclusively Italian and made  at his personal atelier in Rome by embroideries and dressmakers with  decades of experience.  The designer prefers to meet his customers personally to absorb and fully understand the characteristics of their personalities, in order to  design an exclusive and unique dress. 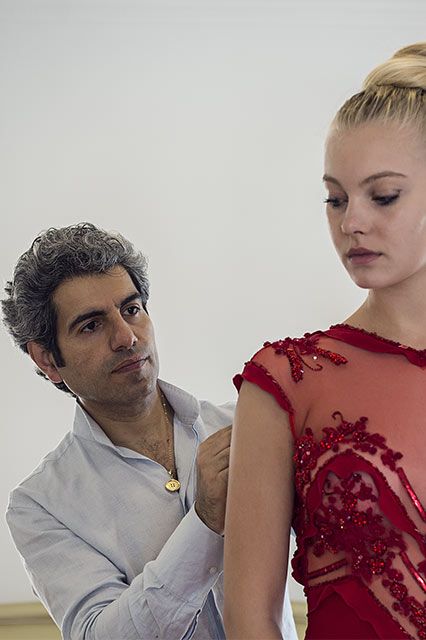 Through his creations he expresses the strong link to his county, Palestine, and spreads a message of peace. He translates this message in his first international fashion show which took place in Ramallah in March 2011. The highlight dress of the show, wore by a Palestinian model, was in red, white, black and green, the colors of the Palestinian flag and the hairstyle was full of olive branches, a symbol of peace.

FOR ME THIS SHOW REPRESENTED BOTH, A POINT OF DEPARTURE AND ARRIVAL, BECAUSE FOR THE FIRST TIME I WAS ABLE TO BRING TO MY COUNTRY, PALESTINE, AND TO HIS PEOPLE , MY ART. AT THE SAME TIME, I FELT ESPECIALLY PROUD BECAUSE I WAS ALSO ABLE TO FUSION ELEMENTS FROM MY ADOPTIVE COUNTRY, ITALY, AND MY COUNTRY OF ORIGIN”, SAID JAMAL. “I ADDED TO THE RUNWAY LOOKS THE HAIRSTYLES FULL OF OLIVE BRANCHES AS A SYMBOL OF PALESTINE AND THE MEDITERRANEAN REGION, AS WELL AS A SYMBOL OF HOPE AND PEACE FOR OUR LAND”.

In 2015, Jamal Taslaq’s fashion show was organized at UN Headquarters on the occasion of the “International Day of Solidarity with the Palestinian People”. Dresses included embroideries made by Palestinian women and the bridal gown was sawed with pearls made of olives harvested by Jamal himself in Palestine. Previously, Jamal presented his creations at the Palestinian Embassy in Rome, closing his show with seven dresses in the seven colors of the “peace flag”.